VLADEY within the framework of the «Artist of the Week» program presents the personal exhibition by Yuri Leiderman — one of the most famous artists in the history of Odessa and Moscow conceptualism.

It is the first personal exhibition of Leiderman in Russia for the past six years: most of his projects are realized in museums and galleries in France, Germany, Switzerland, Ukraine. At the exhibition 8 works of different years are presented: picturesque portraits created between 2013 and 2015, as well as collages and fragments of the installation «The third millenium» (2008). Part of this series was included in the collection of the Pompidou Center in Paris in 2016 and the current exposition of the museum dedicated to Russian art of the second half of the twentieth century «Collection! Contemporary art in the USSR and Russia 1950-2000».

Yuri Leiderman: «These works, perhaps, can be described as memories of Russia. «You wanna sledge, you should love snow then» — direct statement on this matter. I depicted the portrait of Andrew Monastirsky, my Moscow teacher, with a romantic symbol — the moon, because he is primarily a romantic poet for me. I literally shoved the moon into his hands, with the inevitable irony. On the contrary — my self-portrait «The blossoming of the wheel». Then — the «Brezhnev in Hell» painting. I grew up in his era, in the era of constant talk about dissidents, at the same time I met with Monastirsky. Both Brezhnev and I  have something like a halter or a loop on our necks, depicted on our self-portraits: it pulls me into the cycle of the Wheel of Samsara, and for him —it's like an embodiment of hell punishment for him, executed by his main «enemies» —Sakharov and Solzhenitsyn.

The fragments of the «Third millenium» installation are presented together with the paintings — collages on newspapers filled with soup. It is the metaphor of the World we live in for me, does not matter in Russia or in the West. After all the «third millennium» — this is our present millennium, which is under the rule of the media, as if in some stupid infinity. Where all of us, including the politicians, — are only its hostages. Hope is necessary, that is why i have glued a border of painted flowers along the bottom edge of the works, as a likeness, even if it is not real, but still a Garden of Eden». 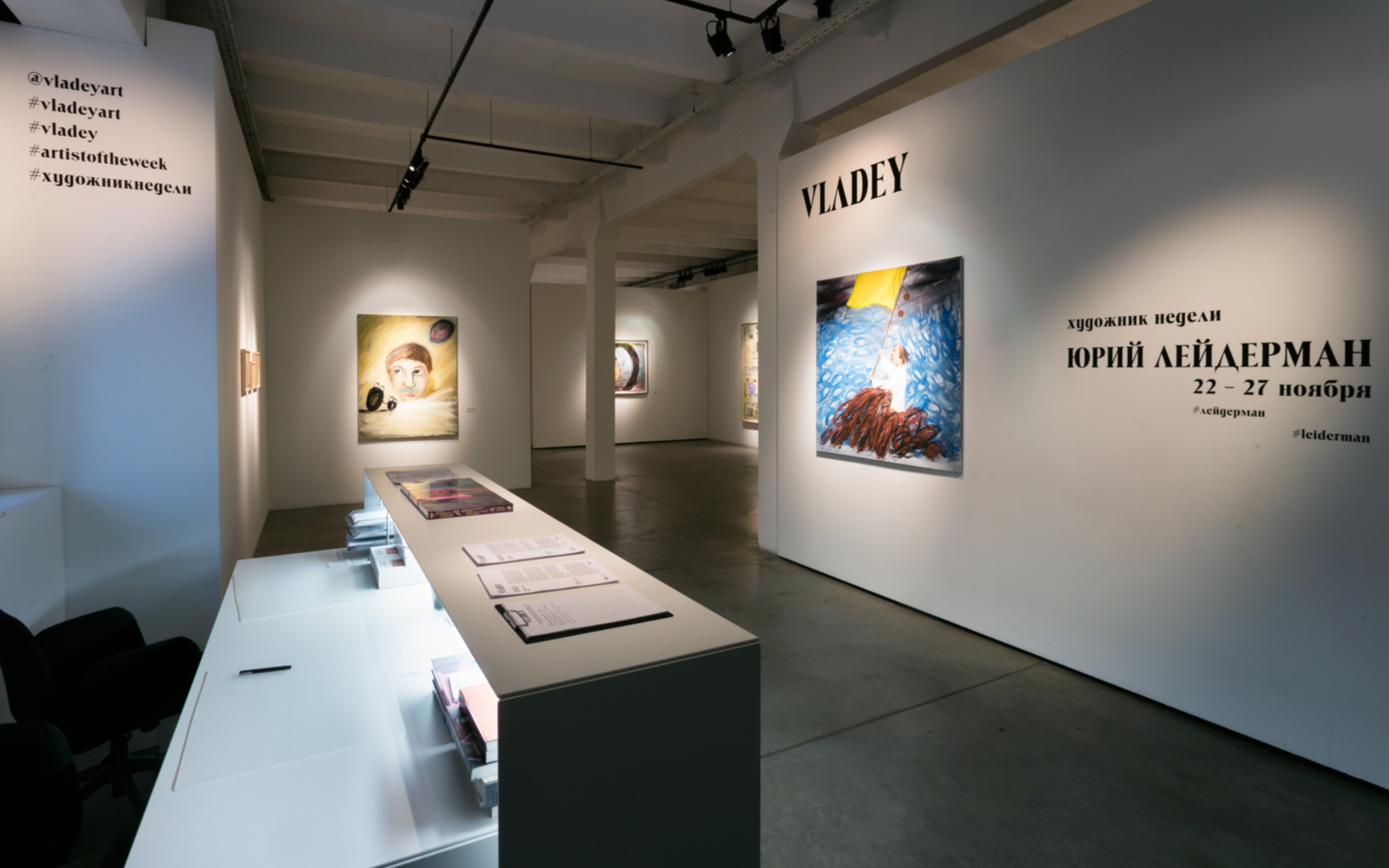 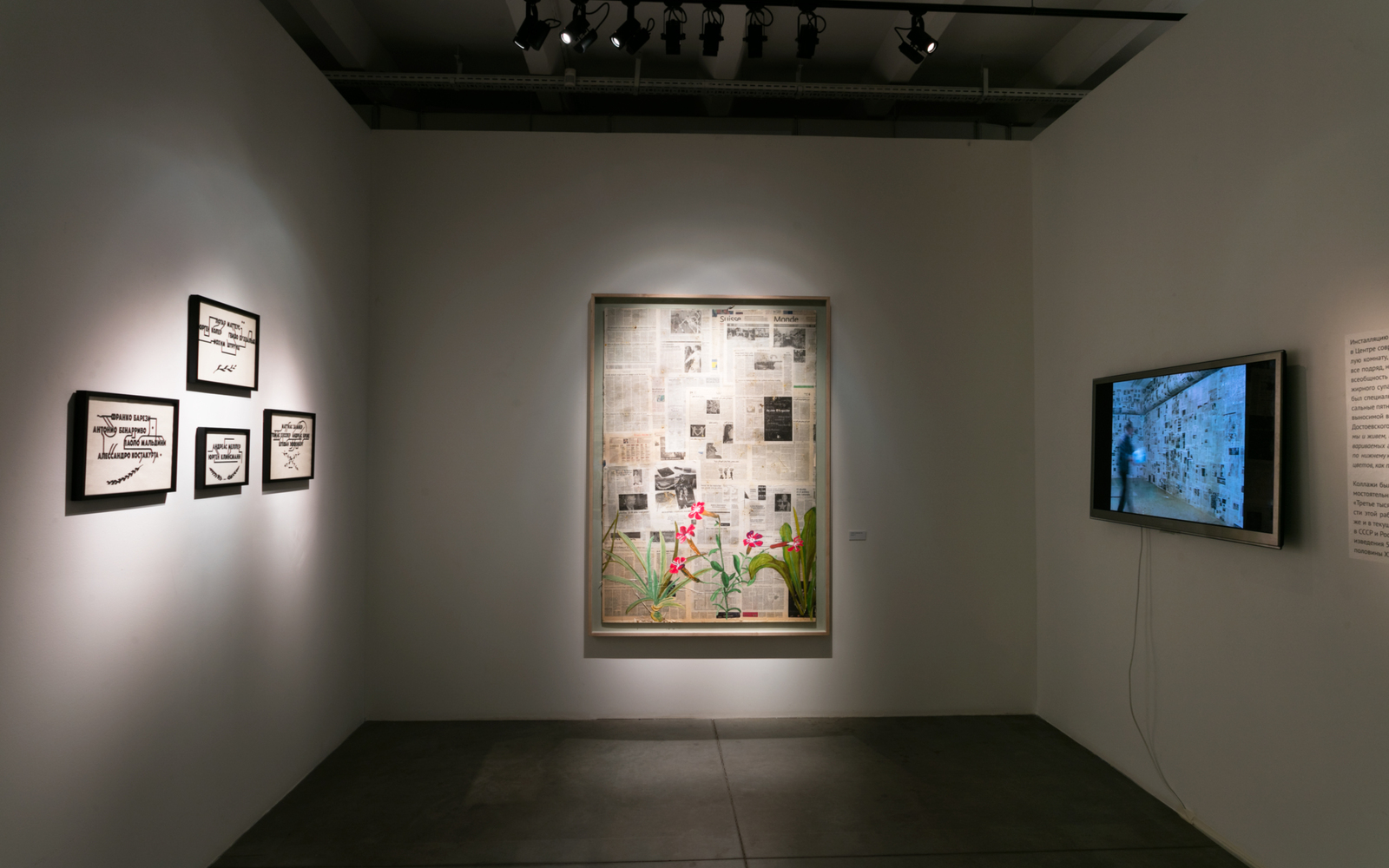 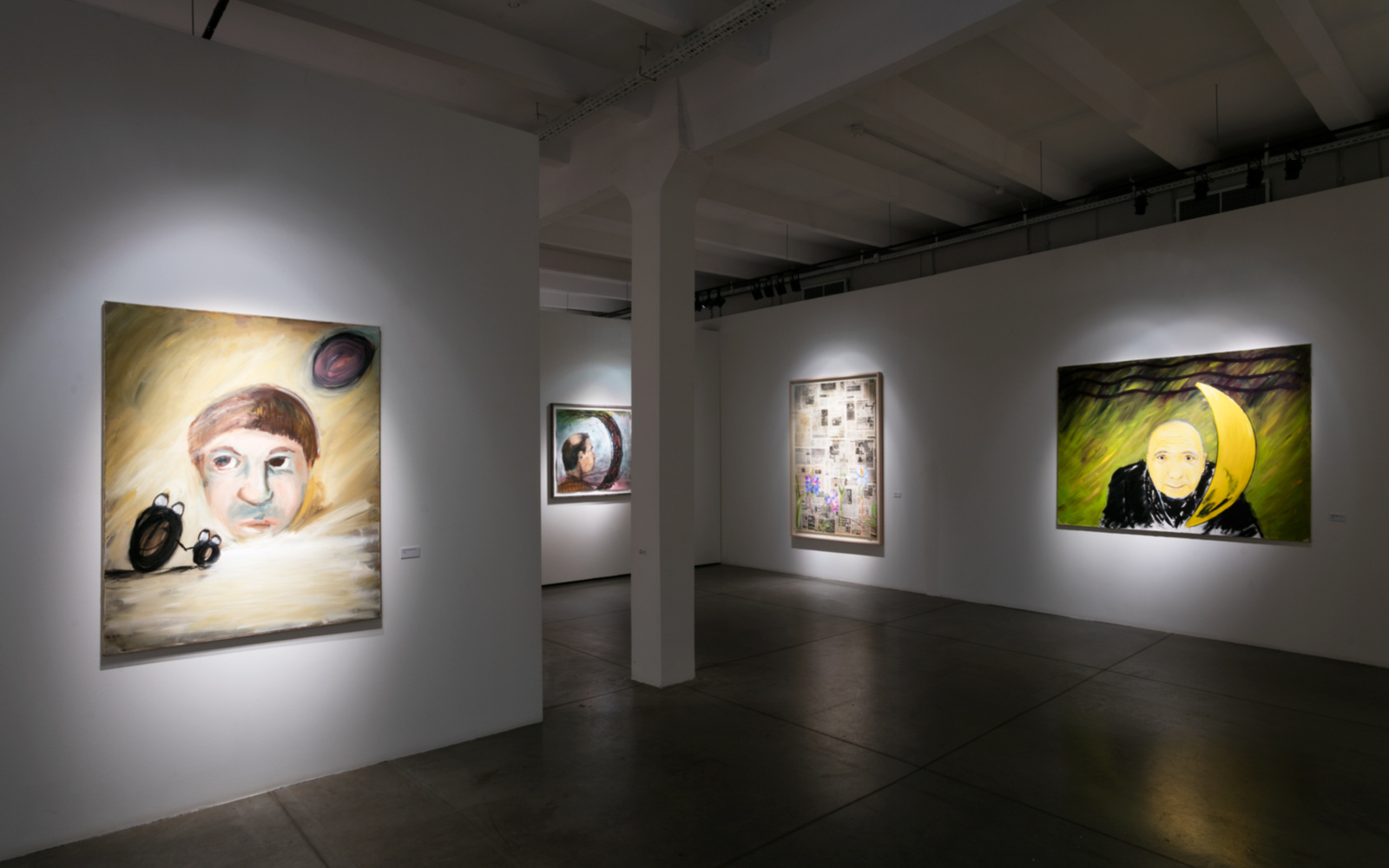 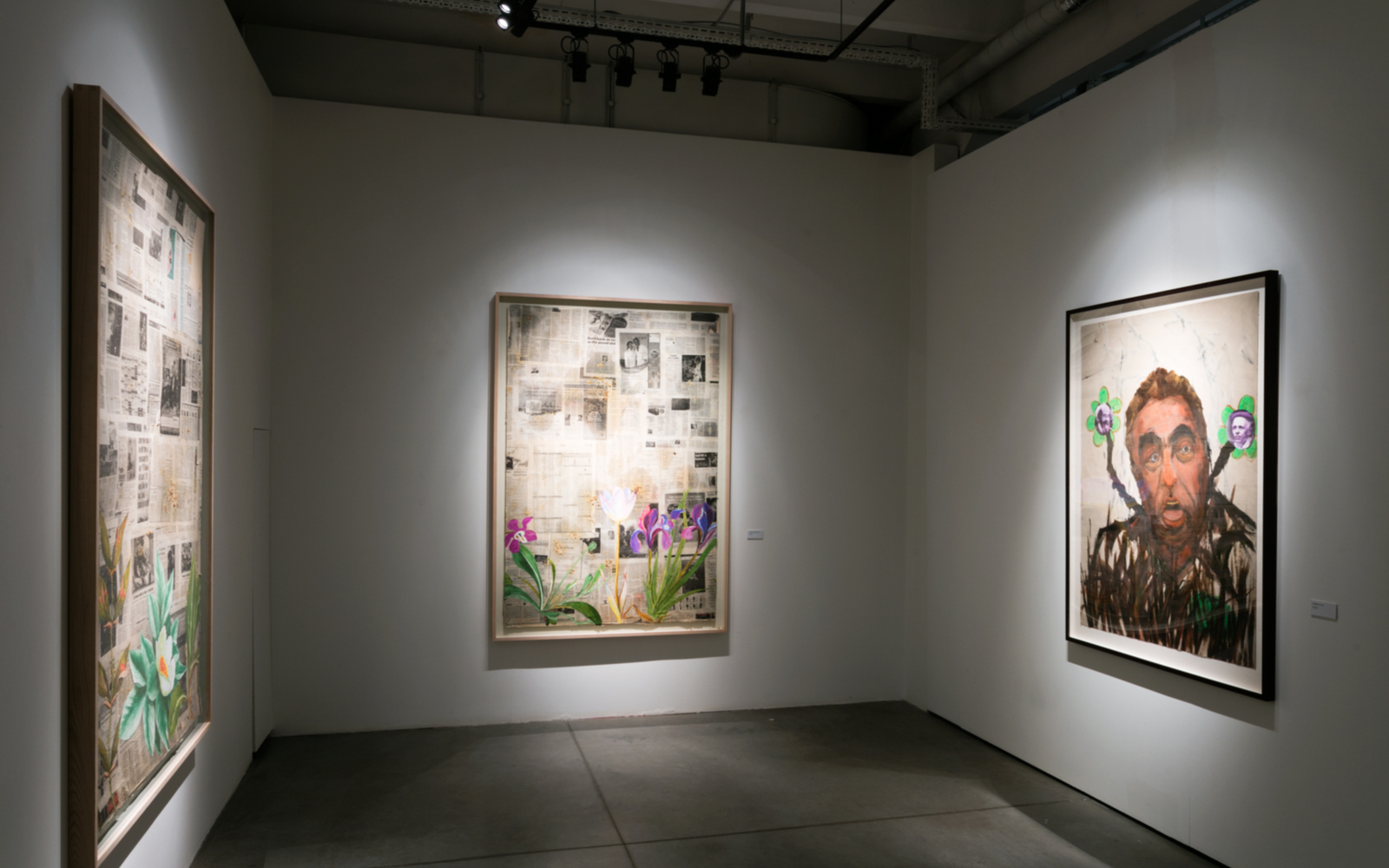