VLADEY presents a solo exhibition by Dmitriy Gutov «Became clear the strange thoughts, torturing his mind» within the framework of the «Artist of the Week program». A series of works was created based on Alexander Pushkin's poem «The Bronze Horseman»: poems, wood and metal depict poetic lines. The works balance between calligraphy and collapsing covers of constructivist and futuristic books. Since the late 1980s Gutov has began to work with quotes from his favorite authors: Shakespeare, Pushkin, Van Gogh, Marx, Lifshitz, using references to the font compositions of the 1920s and 1960s.

The content of the exhibition is precisely characterized by the author quotations chosen by the author from «The Bronze Horseman»:

«The awful period was that»

«And the wind blew with sadly wailing»

«And a great sadness
Embraced his soul in that night»

«And there he feared
Not his own death»

«There wreckage swam, there wailed a tempest»

«Would give him the unknown message,
As if a letter, sealed to bear»

«for his track
Was cast without choosing direction»

«He was quiet deafened and oppressed
By noise of inner agitation».

«He recollected his all flurry»

«A sense of terror was deforming
His features». 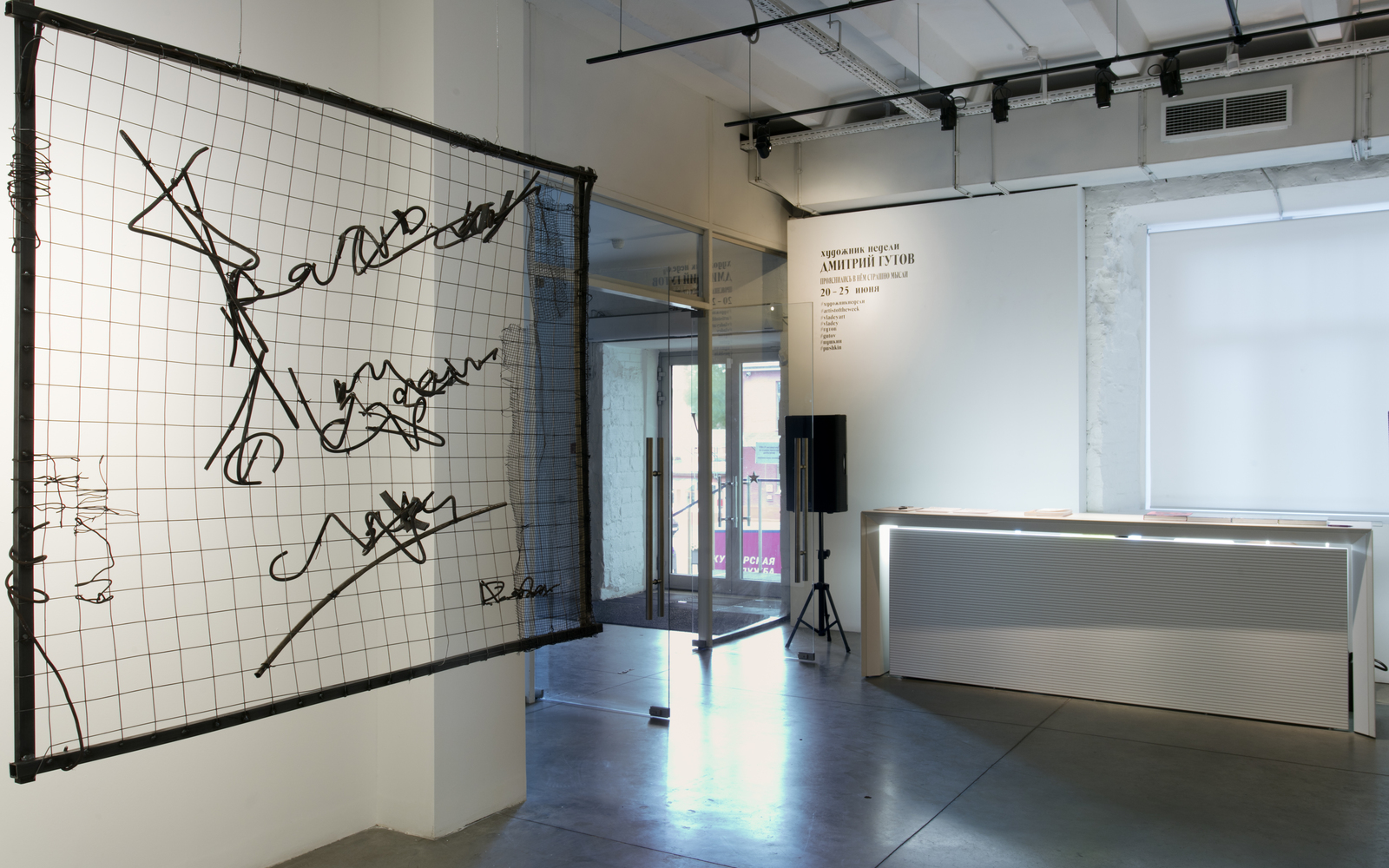 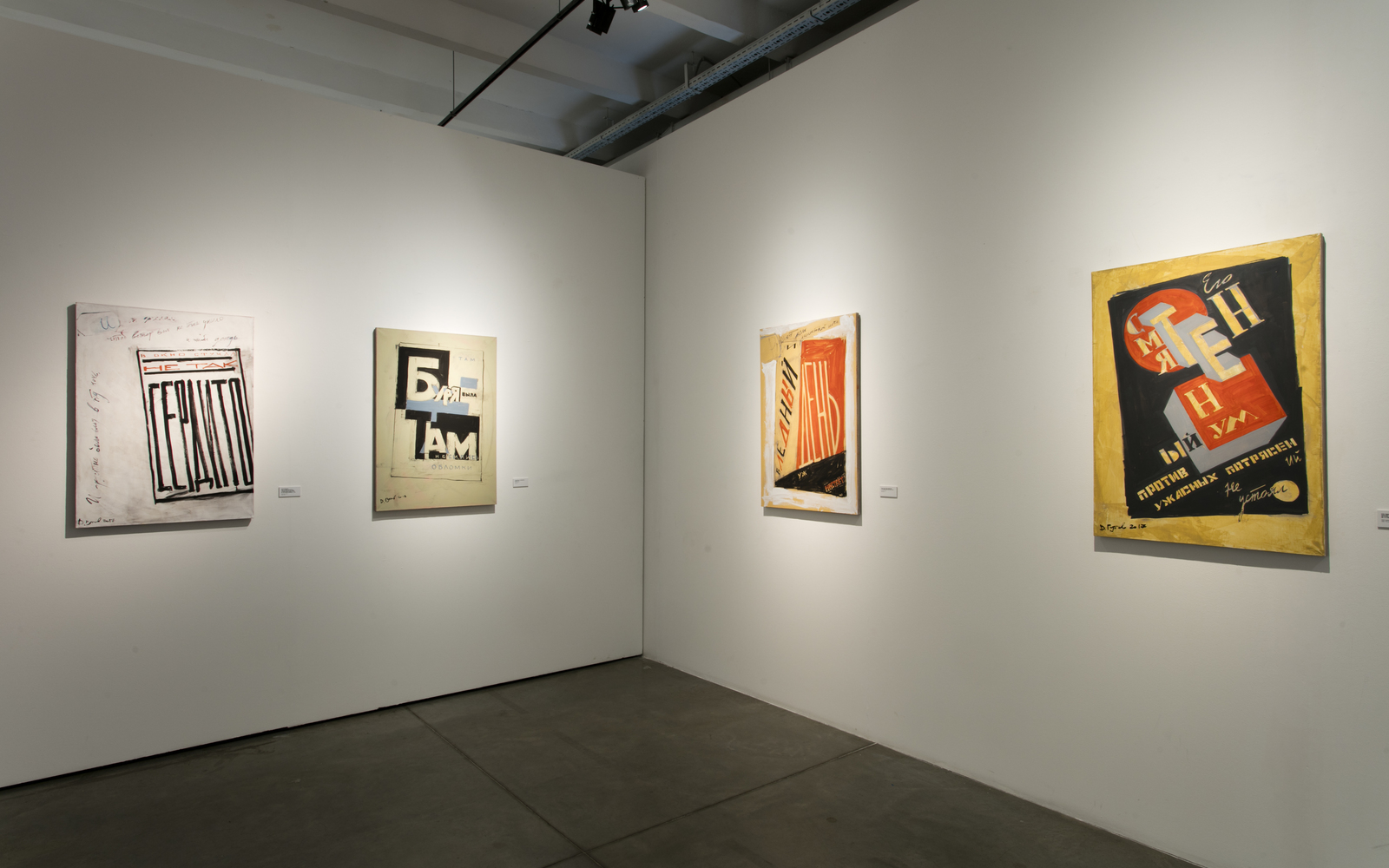 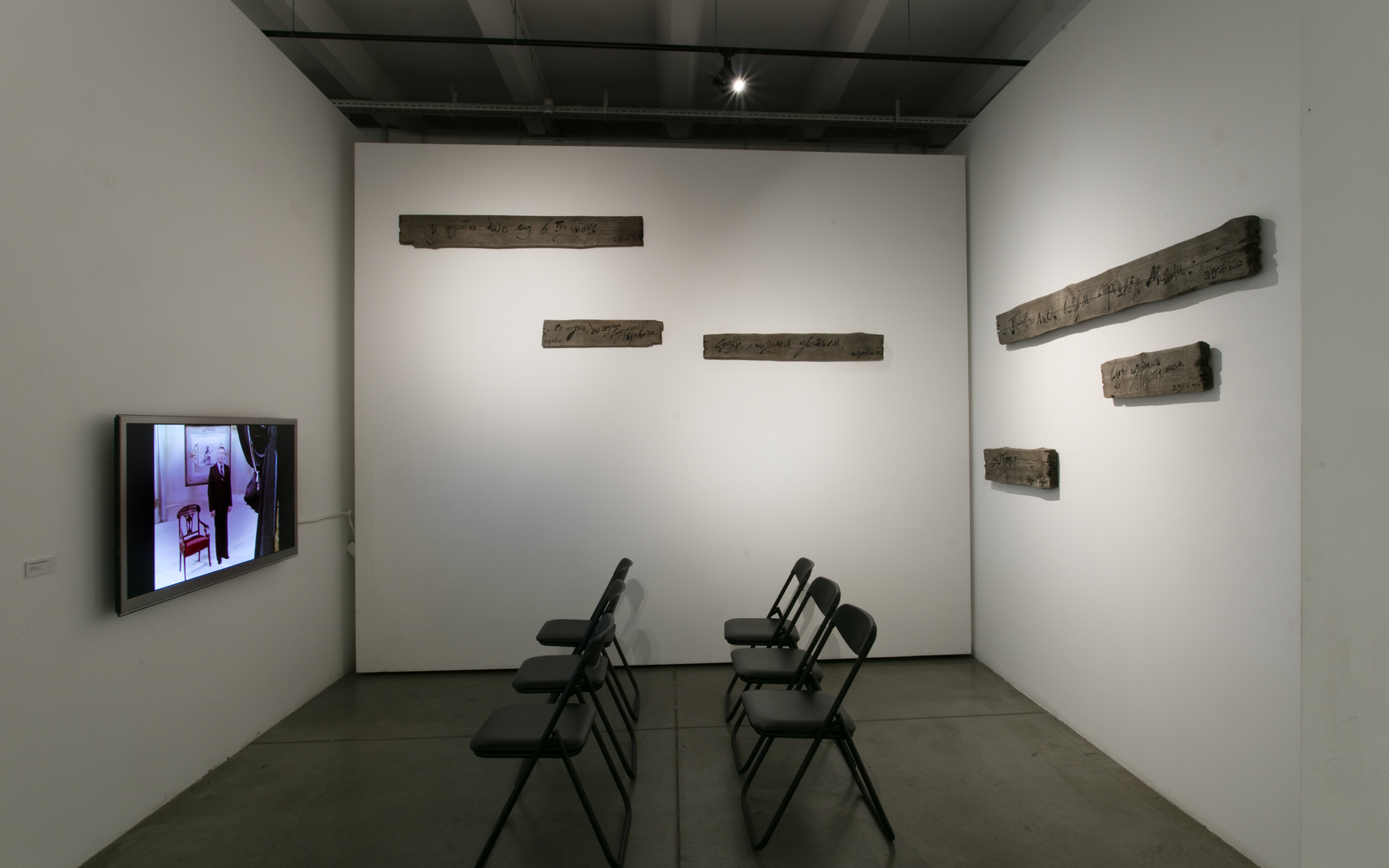 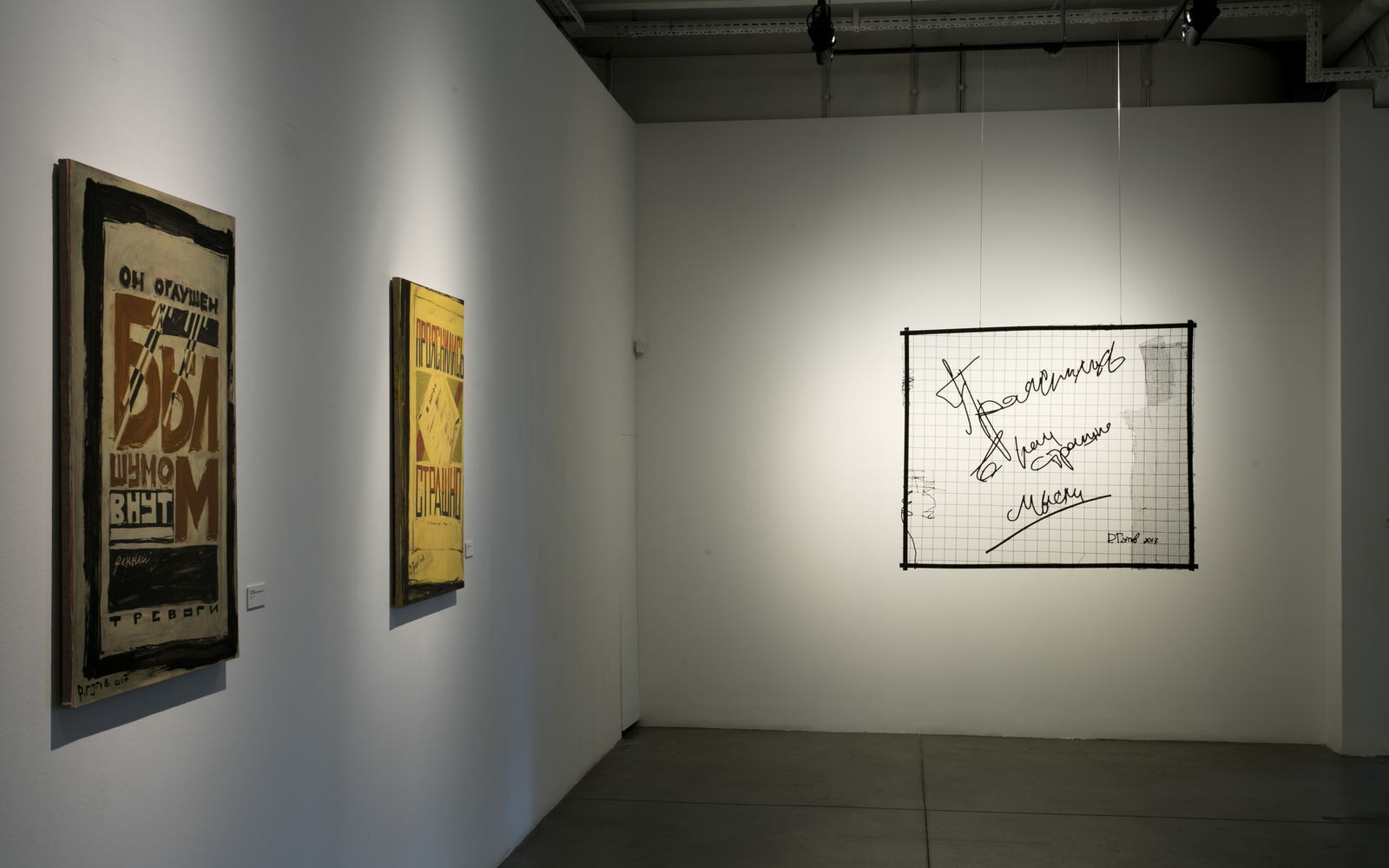 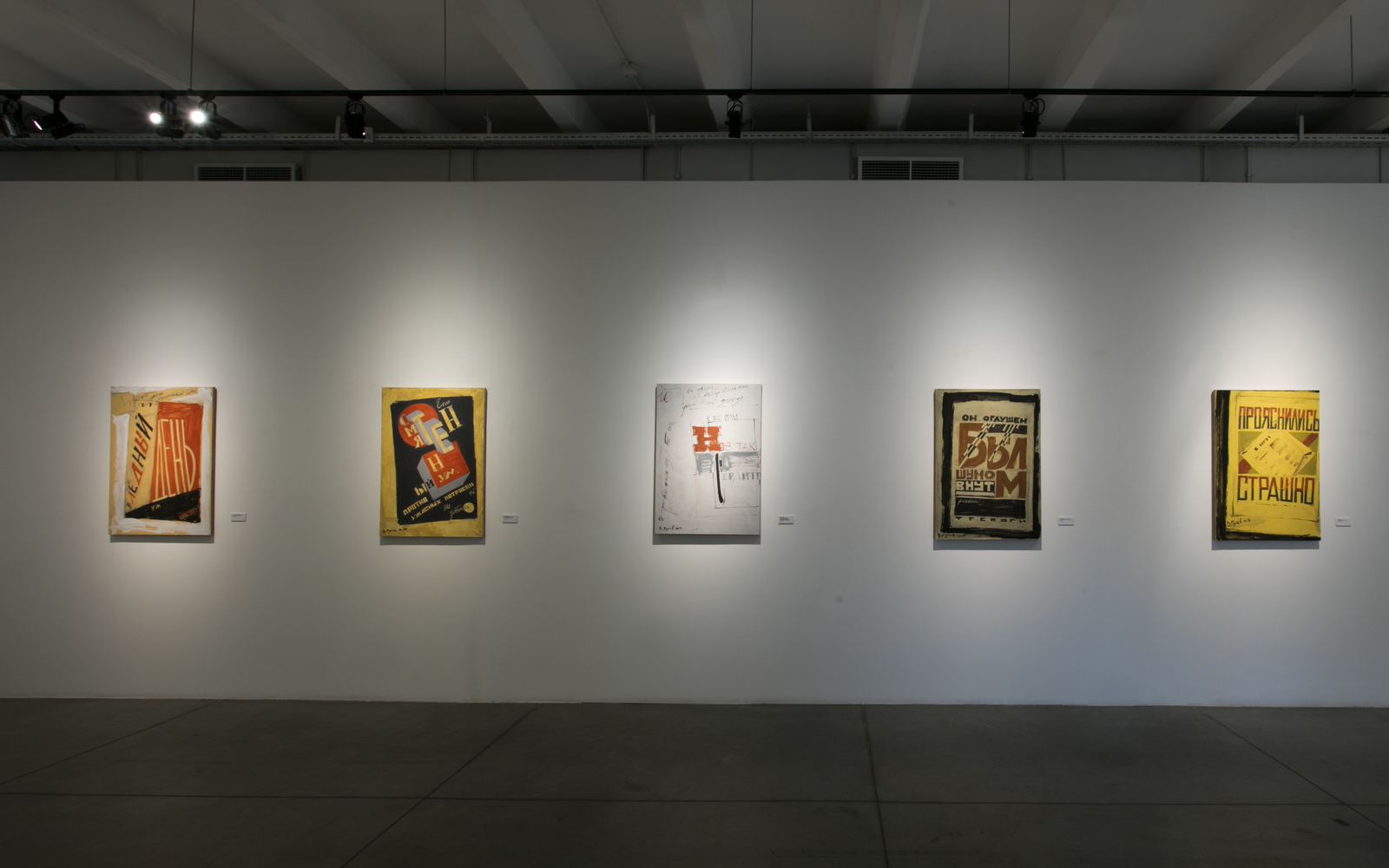 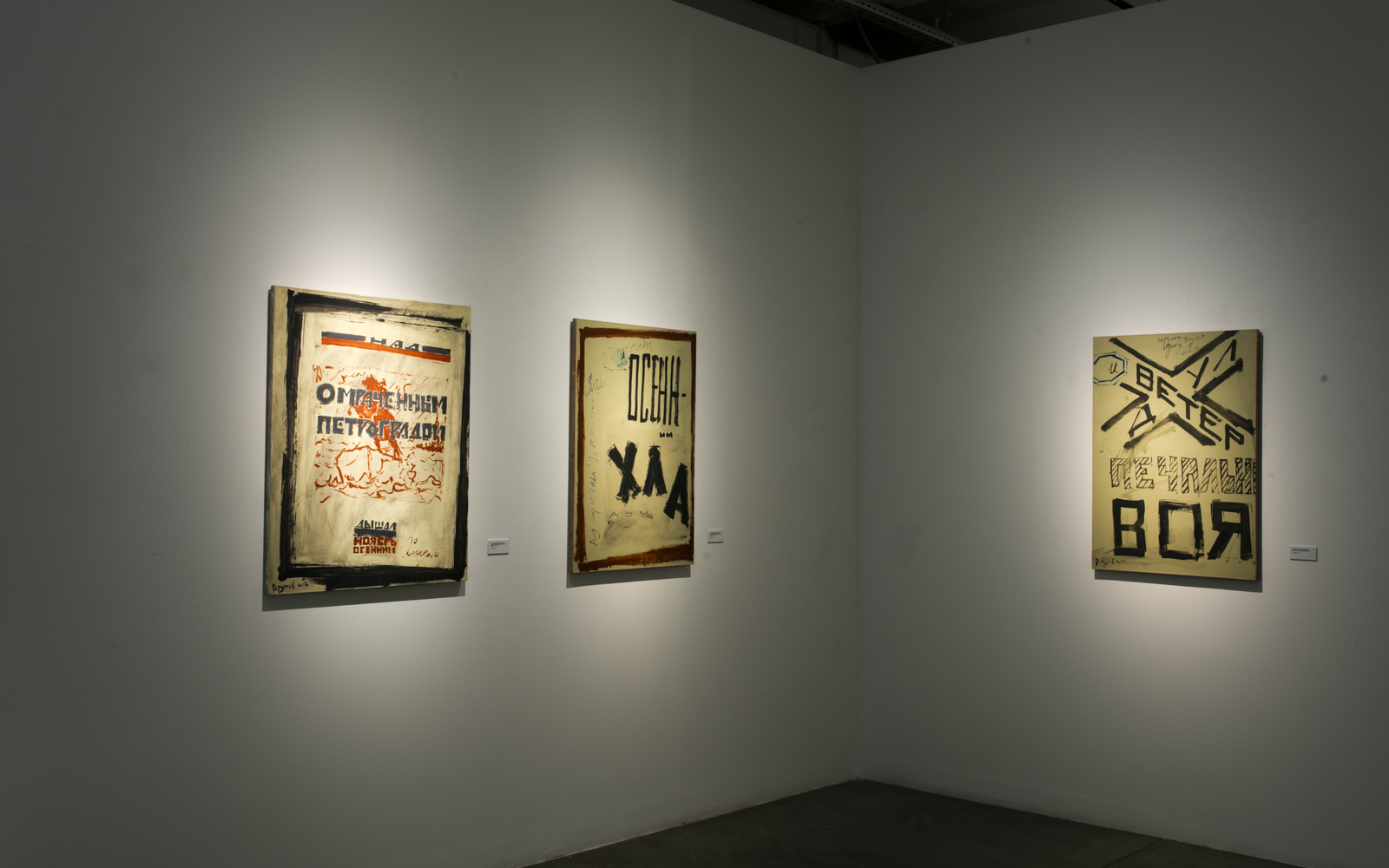 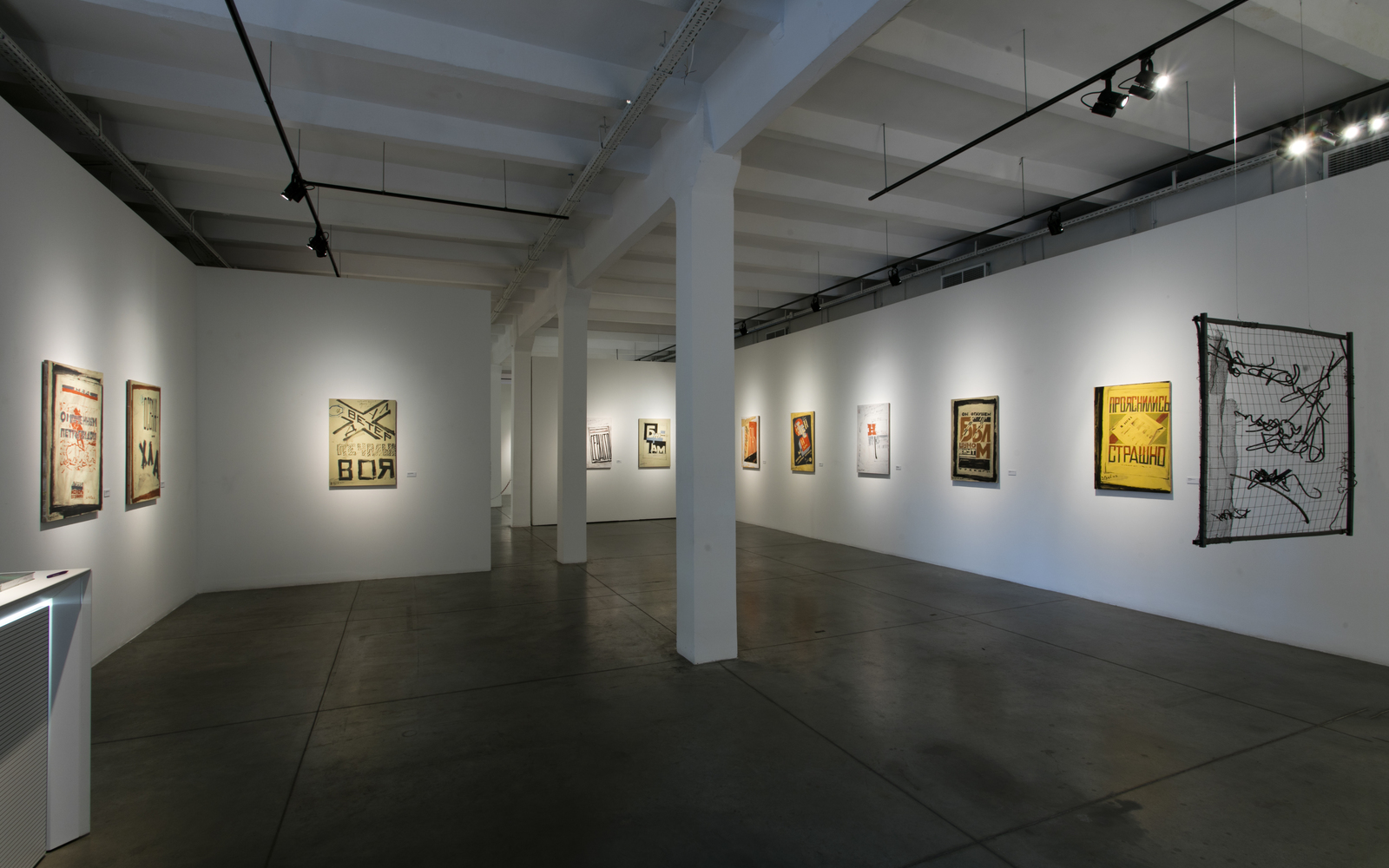 Was cast without choosing direction, 2017

The poor waked up. All was gloom round: / Falling the rain, wind wailing loud, 2017

His eyes were veiled with a mist-cover, 2017

His looks of deepest desperation / Were all set on a single place / Without a move, 2017

Being quite tortured by some dream, 2017

And a great sadness / Embraced his soul in that night, 2017

There were old clothes on him / toren and smoldered, 2017

He was quietly deafened and oppressed / By noise of inner agitation, 2017

He was quite deafened and oppressed / By noise of inner agitation, 2017

The rain stroke ‘gainst the window’s flat. / And the wind blew with sadly wailing, 2017

There wreckage swam, there wailed a tempest …, 2017

He is horrible in the nearby darkness, 2017